Every week, hundreds of fourth graders receive a chance to climb to the top of Palm Beach Counties’ oldest structure, the Jupiter Inlet Lighthouse. They arrive in buses from all over the county, thrilled to have a field trip and eager to make the 105 steps up to view South Florida from a dizzying height, just as early light keepers did 157 years ago. For them it is a moment that makes history come alive. 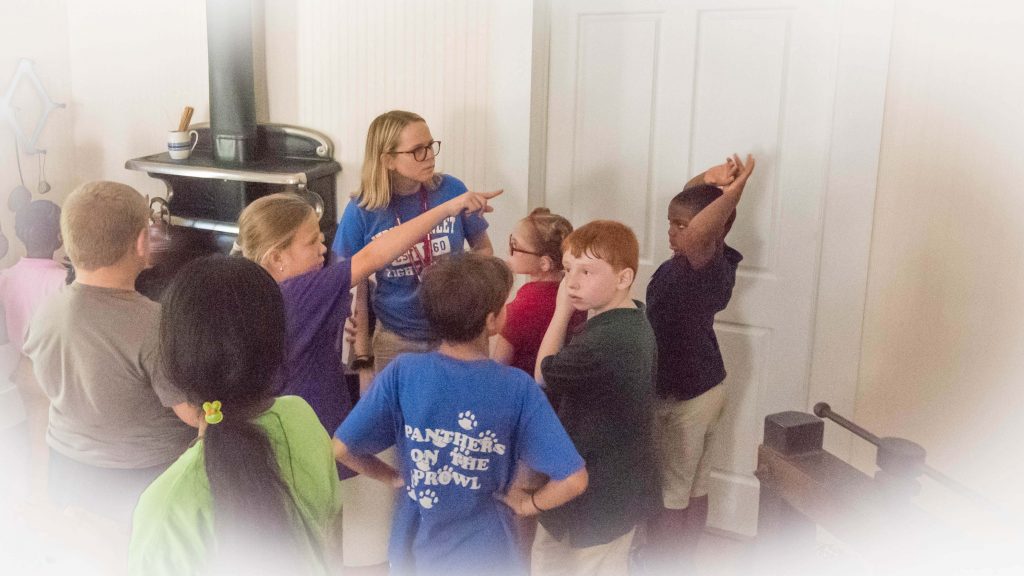 A young boy who is sightless, is handed an ancient
artifact created by Native Americans who hunted and
fished on this site 5,000 years ago. 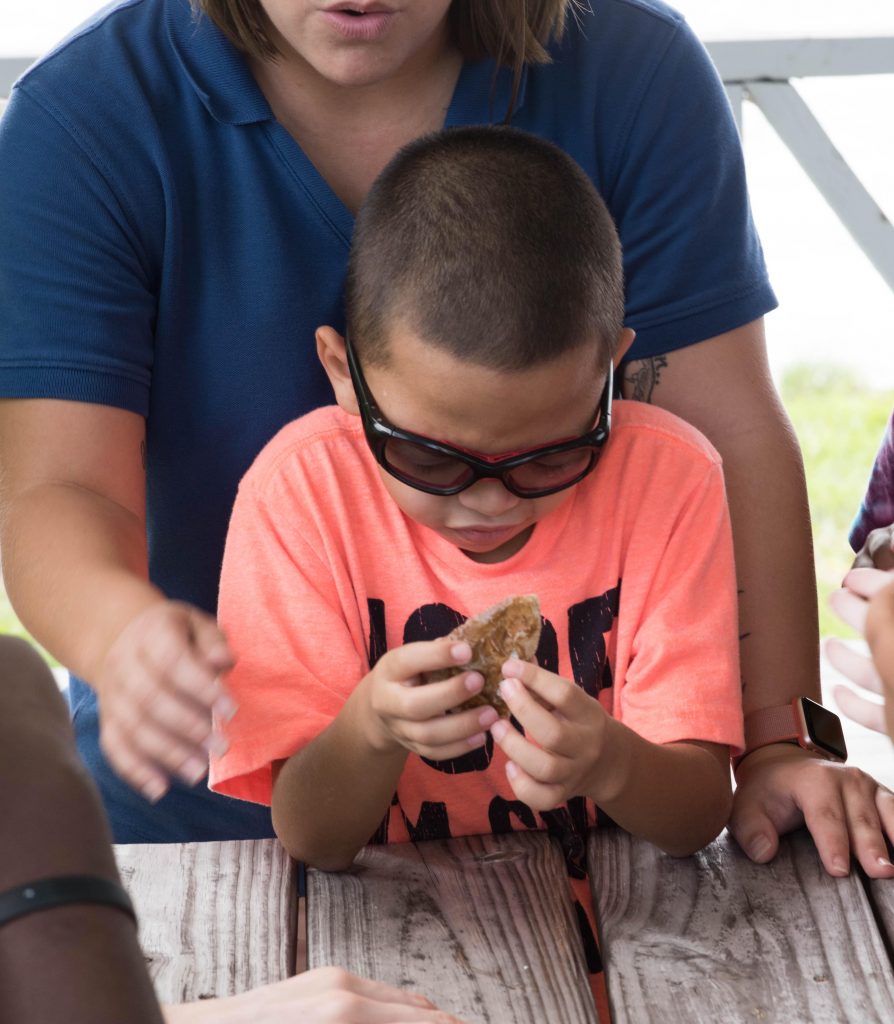 Later, on the walkway to the Lighthouse, He reads the names on several “Memory Stones” donated by local supporters.
He squats down to the ground and reads the names with his fingers. 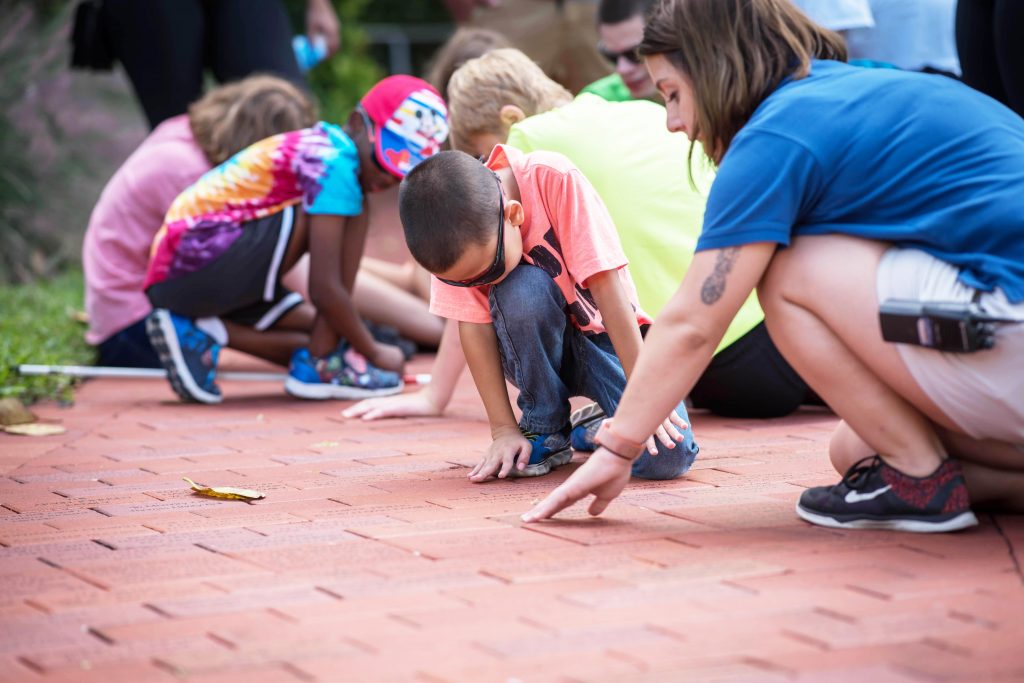 The Loxahatchee River Historical Society, a non-profit organization comprised of local citizens, petitioned Congress
and succeeded in protecting the 120 acre historical site
as an Outstanding Natural Area. Today, the organization makes possible the public tours given 325 days a year. 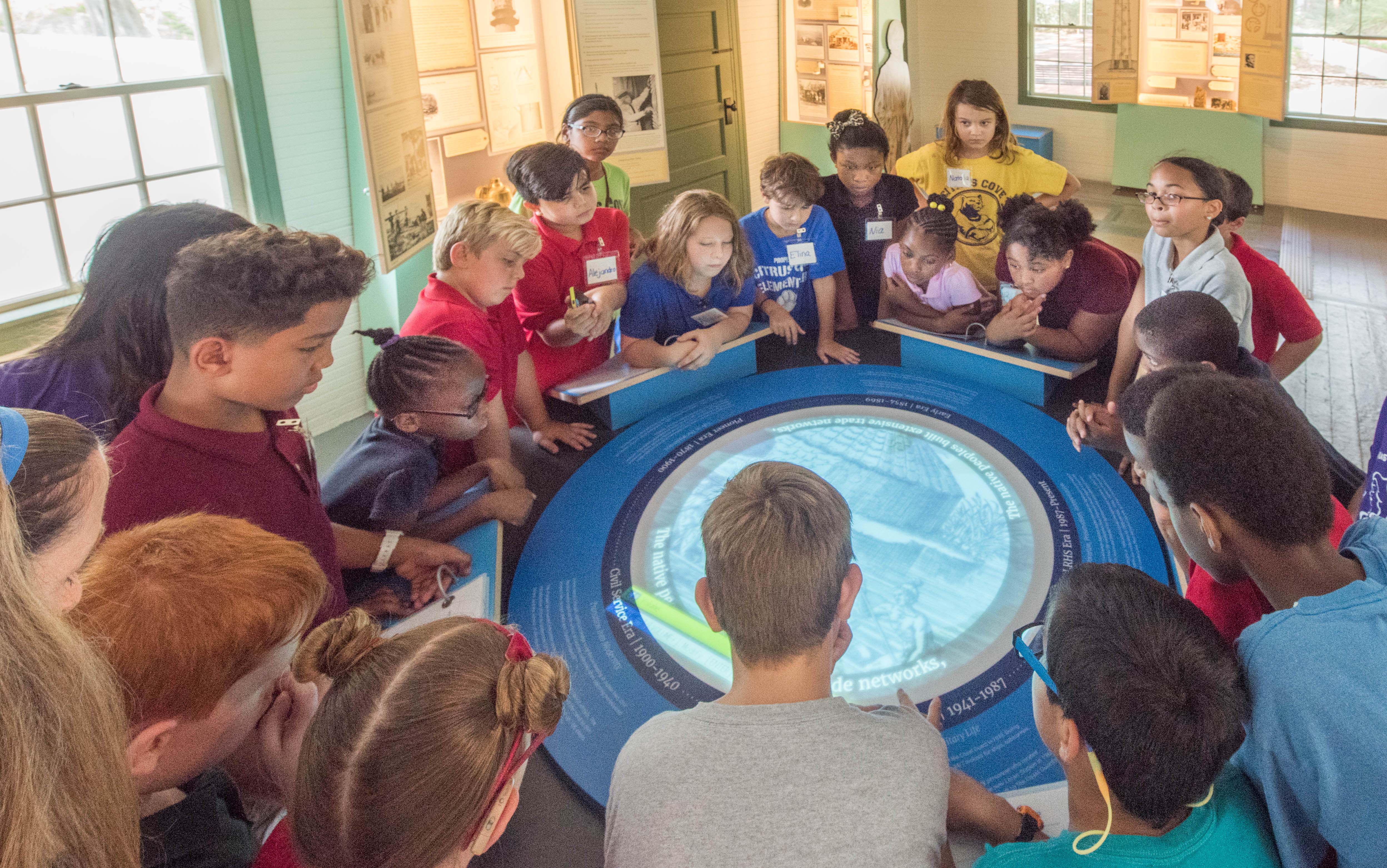 The effort involves a dozen employees, and just over one hundred volunteers. Since the group formed forty-five years ago,
they have raised money year after year to keep the award-winning heritage site maintained, operating and open to the public. They have improved the former Coast Guard property into an museum and campus
that tells Florida’s story that encompasses the original Native peoples, Ponce de Leon’s visit, Jupiter’s first settlers and secret WWII military activities. Archeologists consider the site a treasure trove of information. Those who appreciate wildlife
enjoy viewing dozens of protected species on site.

A sightless group of teens are escorted to the top of the light. They climb the 105 steps fearlessly and step out onto the platform to revel in the brisk salty winds above Jupiter Inlet.
“I am king of the world” shouts one young man. 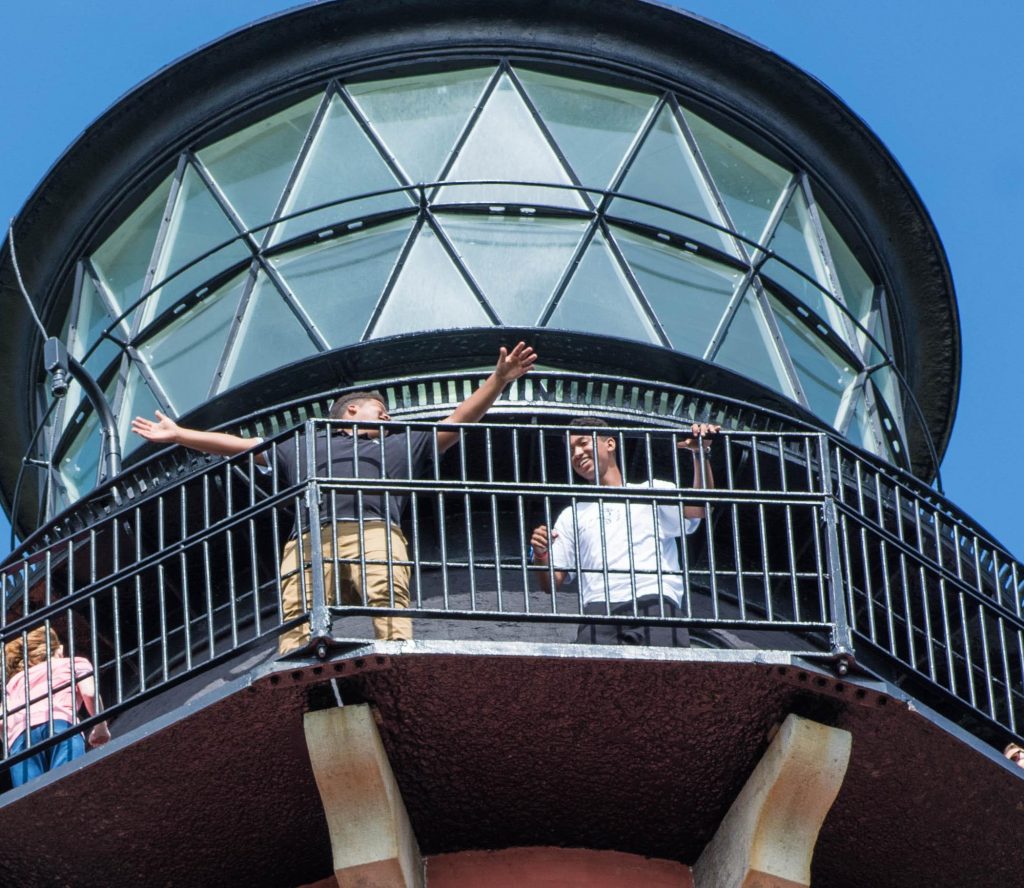 Another group of fourth graders stand on a glass floor built above an ancient brick well. They peer down into
a water source tapped by the early light keepers and one that may have sustained one of Florida’s largest
Native civilizations. 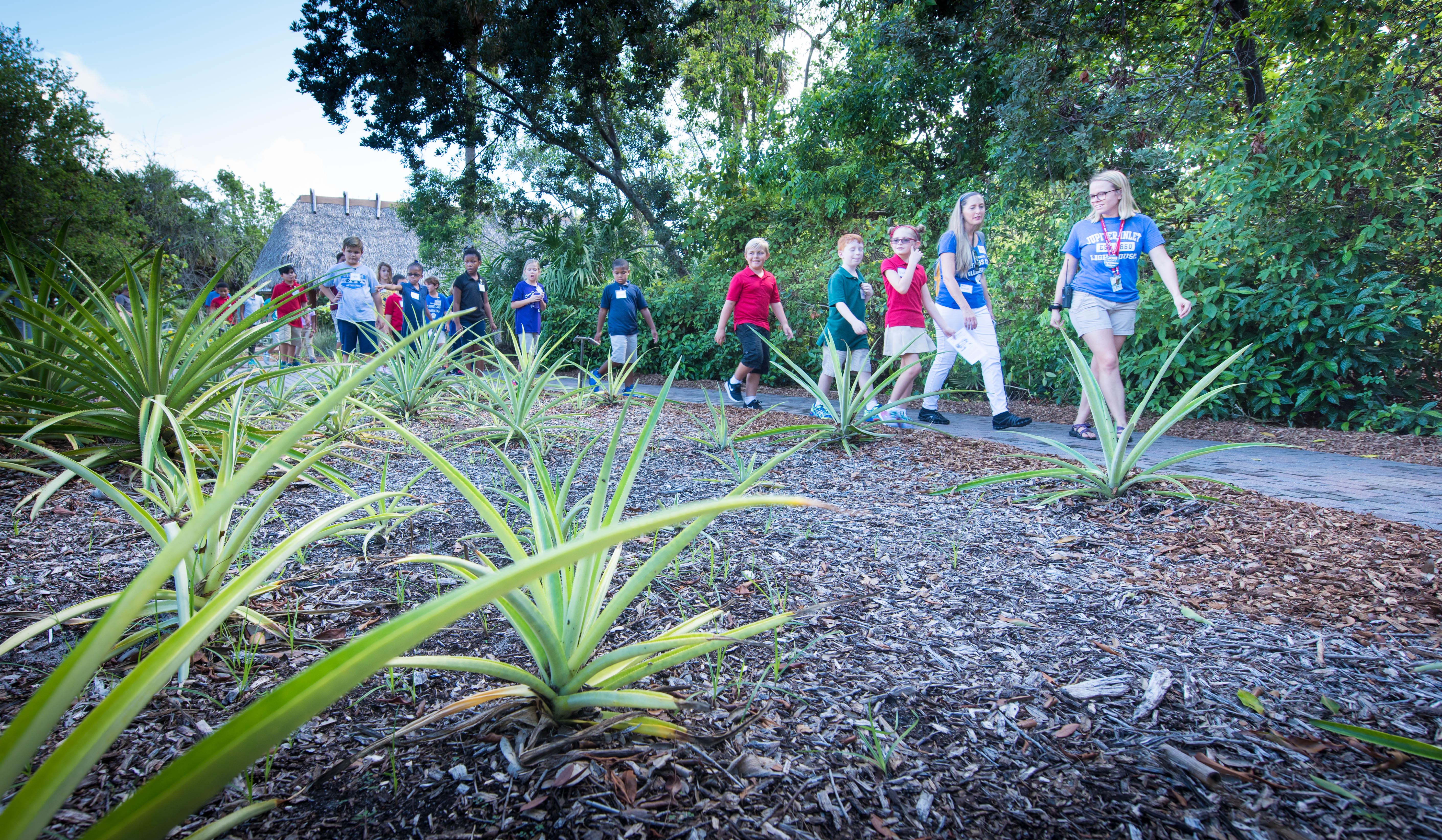 The day ends with lunch and lessons given in the cool
shade of a grandfather Banyan Tree. Its column-like roots rise upward one hundred feed to support a leafy canopy that rustles in the tropical tradewinds.

While much of Florida’s eastern beaches have been developed with condominiums, the Jupiter Inlet Lighthouse and Museum remains an oasis of natural beauty and living history—thanks to the local residents who continue to support the Loxahatchee River Historical Society. You can become a keeper of the light by joining at www.jupiterinletlighthouse.org