If you lived in Florida during the early
sixties, its likely your family took a “car vacation”.
At that time, Mickey Mouse had not yet arrived in the state.
Florida attractions were in tune with the peninsula’s wild side: springs, aquariums gator farms, aviaries and fish restaurants that served sea turtles! A few of these roadside entertainments were truly awesome to a child growing up in the wonder years. A few of the attractions were exceptionally tacky, but still worth the stop.

Before I-95, the Florida Turnpike and I-4 joined the coasts,
the pot holed two- lane routes that crossed the state gave backseat passengers ample time to stare out the car window. What we kids witnessed was the “Real Florida” a place of wetlands and pastures, forests of cypress and rivers of grass. 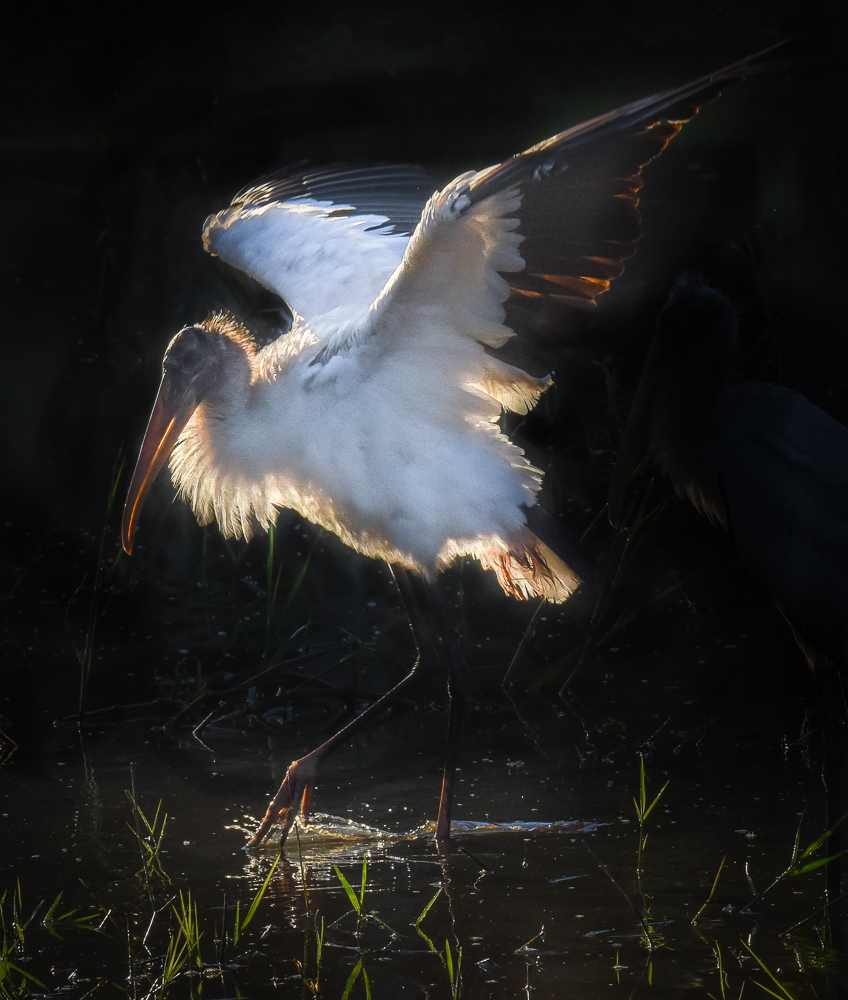 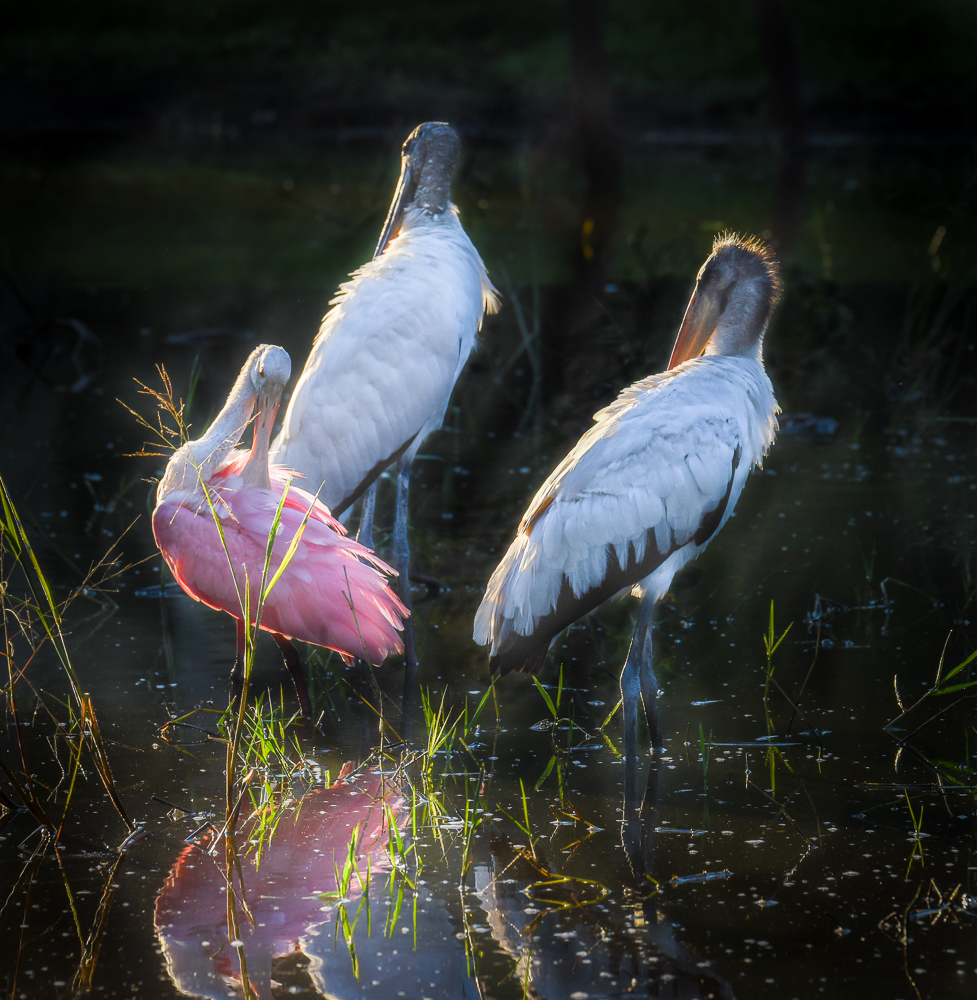 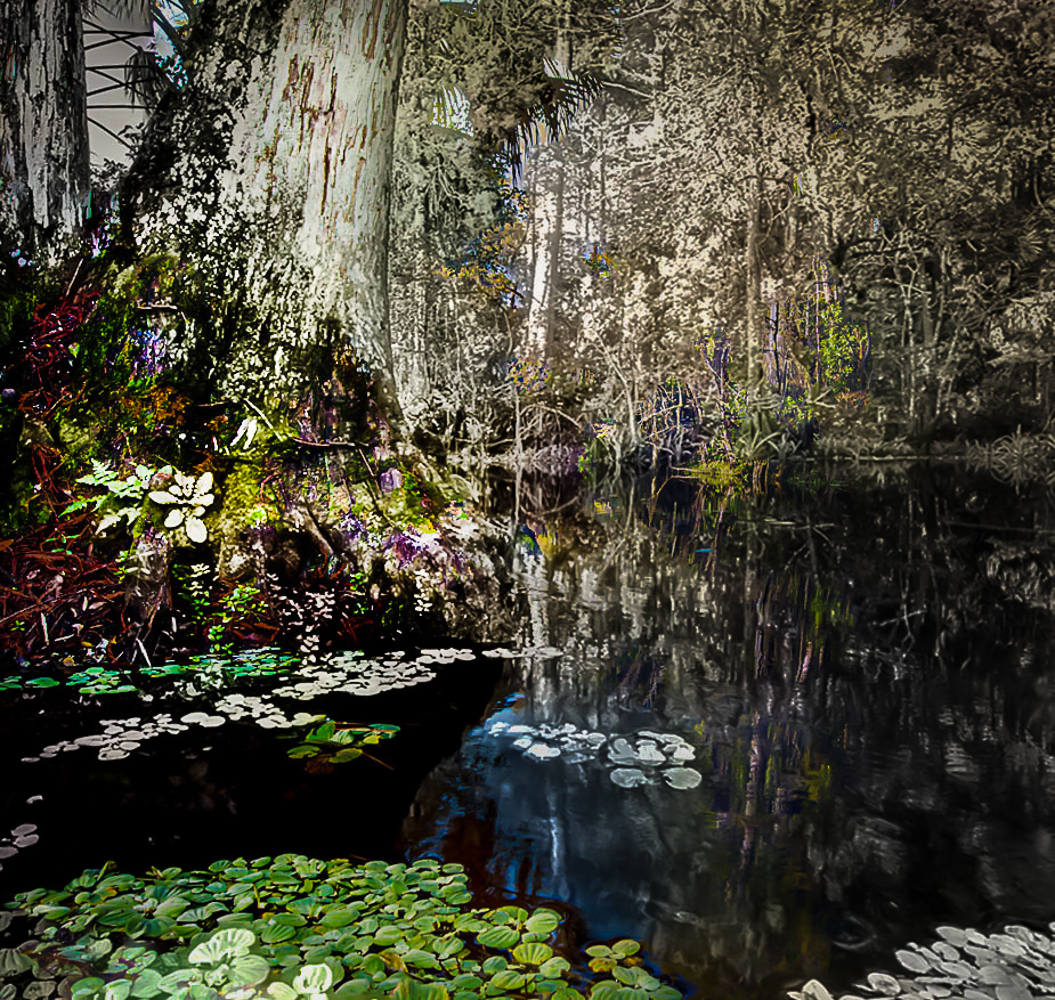 On these hot long stretches of tar and shell, the only sign of humankind was the hand-painted roadside boards that teased adventurers forward. Often, The signs were more clever than the attractions.   “Swim with Flipper!” “Alligator Wrestling Shows Daily” “See the World’s Largest Seashell” “10 cents All You Can Drink Orange Juice Ahead” “1,000 Deadly Snakes”“Glass Bottom Boat Tours” . As a twelve year old boy, my favorite billboard was : “Just Ahead– The Spring of the Mermaids!”

The pre-historic stretches of land between signs taught an important lesson. A lesson that even a kid in the backseat of an un-air–conditioned car could grasp.   Fresh water made Florida what it is. Without fresh water, the place would be inhospitable.

After just a few state crossings at different times of year, a reflective traveler got the feeling that this peninsula was essentially a giant limestone sponge that miraculously gobbled up just the right amount of rainwater in all seasons.

Crossing the Everglades on the original Alligator Alley, one could pull over near a wooden bridge and witness the water flowing beneath  polished and purified by its journey through the grasslands. 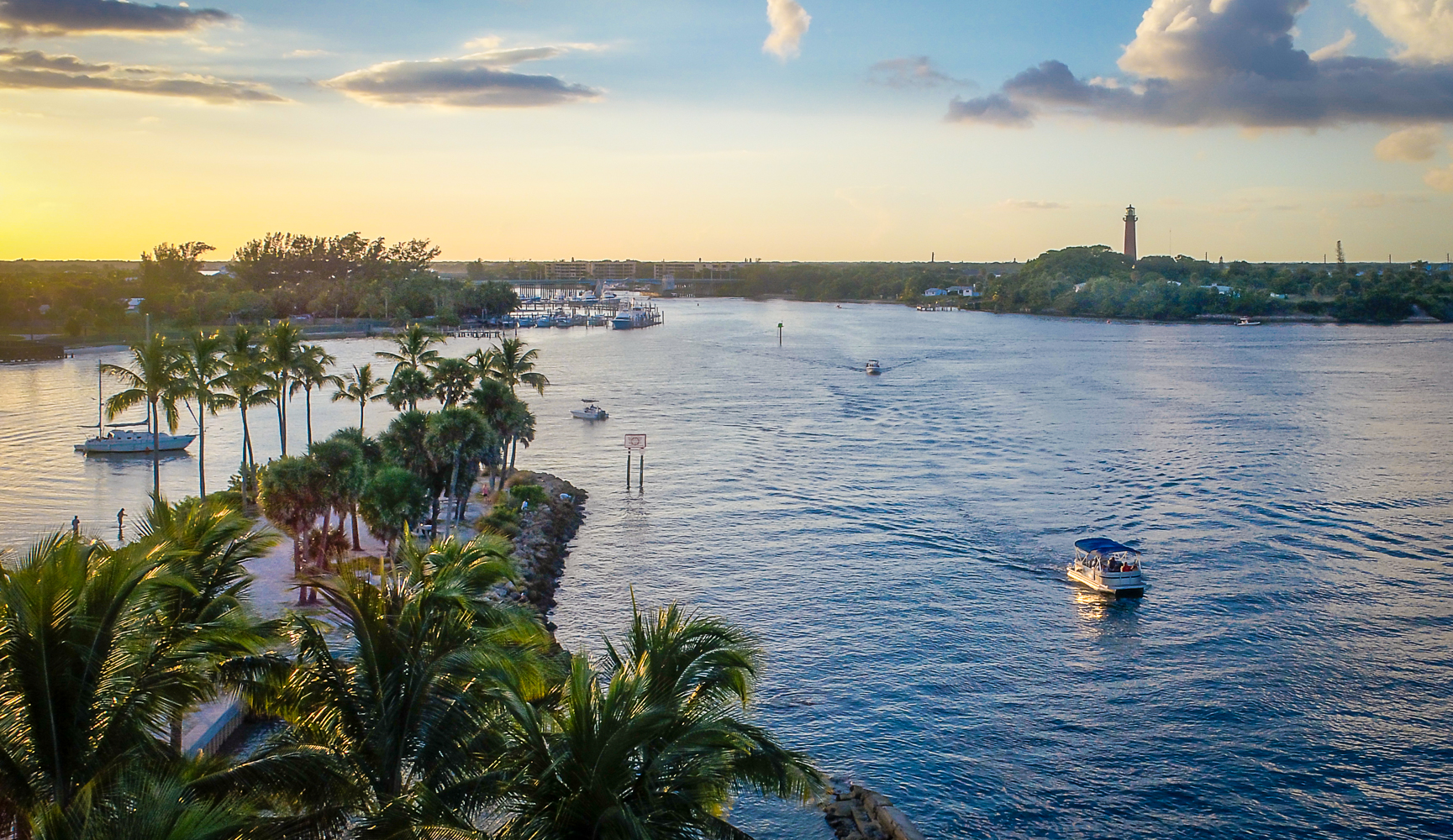 In the  gin-clear current you could view Brim and Bass holding themselves agains the slow current, waiting patiently for passing minnows. Looking out to a horizon unbounded, one knew that this scene told a very important story:  Nature’s machinery functions perfectly.

Now, fifty years later, thousands of acres of sugar cane
and arrow-straight canals have changed the course of nature’s perfect machine. Today, fresh rainwater doesn’t get to take the slow long journey of purification.  Instead it is directed through deep canals aimed at each coast. It does not take its nature path through the everglades.  This fresh water is combines with the pesticides used around Lake Okechobee, the stormwater runoff from coastal cities and flushes into the ocean to kill the coral reefs that once fringed the state. During some seasons, the water becomes so polluted with toxic algae, that all fishing from Ft. Meyers to Stuart Florida comes to a deathly halt.  State government has not successfully stopped this water dumping by the Army Corp of Engineers, nor the use of pesticides by the Florida Sugar Industry.  The South Florida Water Management District has built many retention ponds to put a band-aid on the problem, the real solution involves a costly renovation of the canal system and reclamation of  agricultural lands between Lake Okeechobee and the Florida Straits.

In 2000, The U.S. Congress passed the Comprehensive Everglades Restoration Plan, but politicians allowed it to expire, rather than to face its monetary cost.

Every Floridan who loves to drink clean water, view the scenic wilderness that defines Florida or just wants a swim in waters alive with reefs, should take a moment to read the plan online before the next election and make their voices heard. 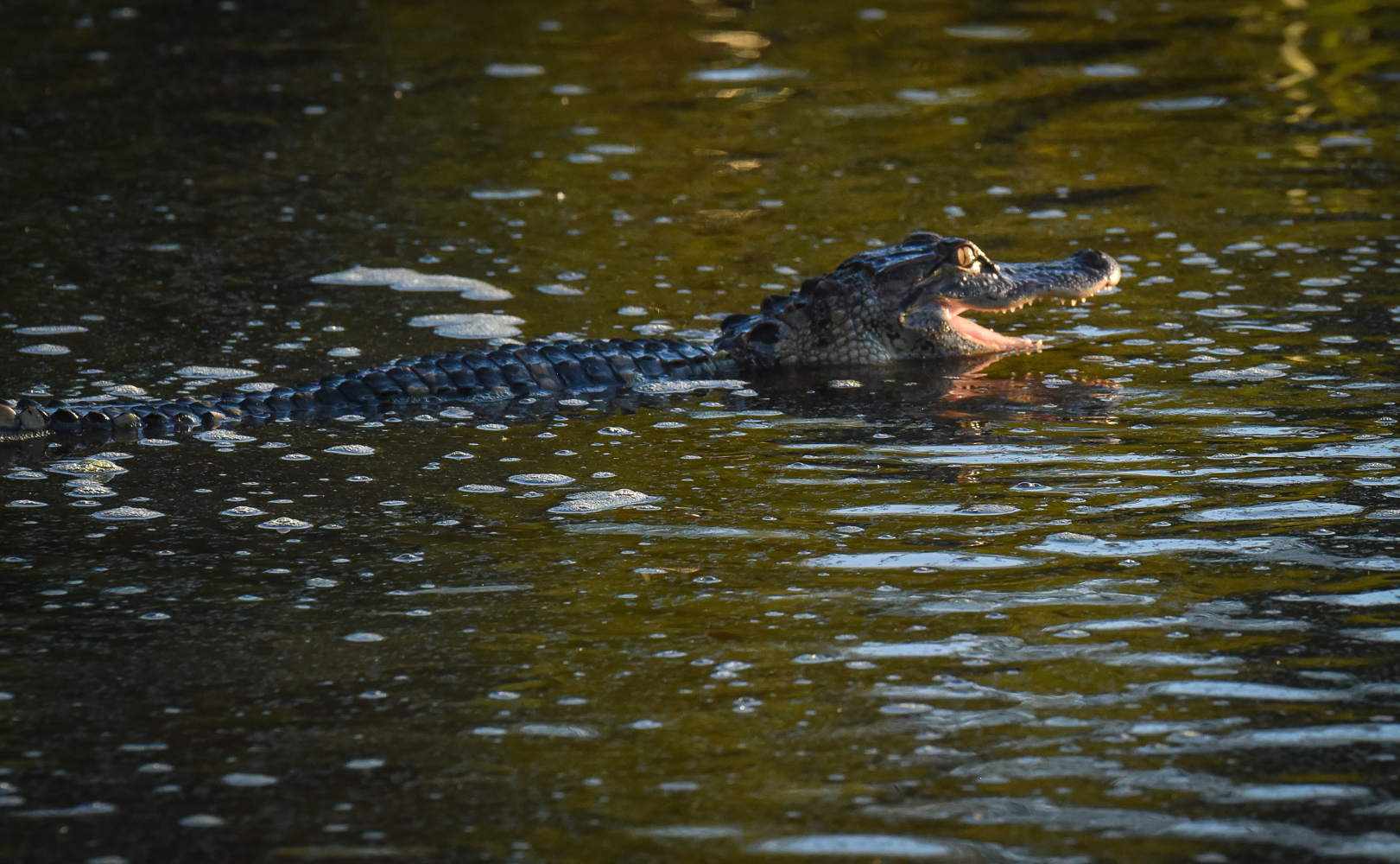 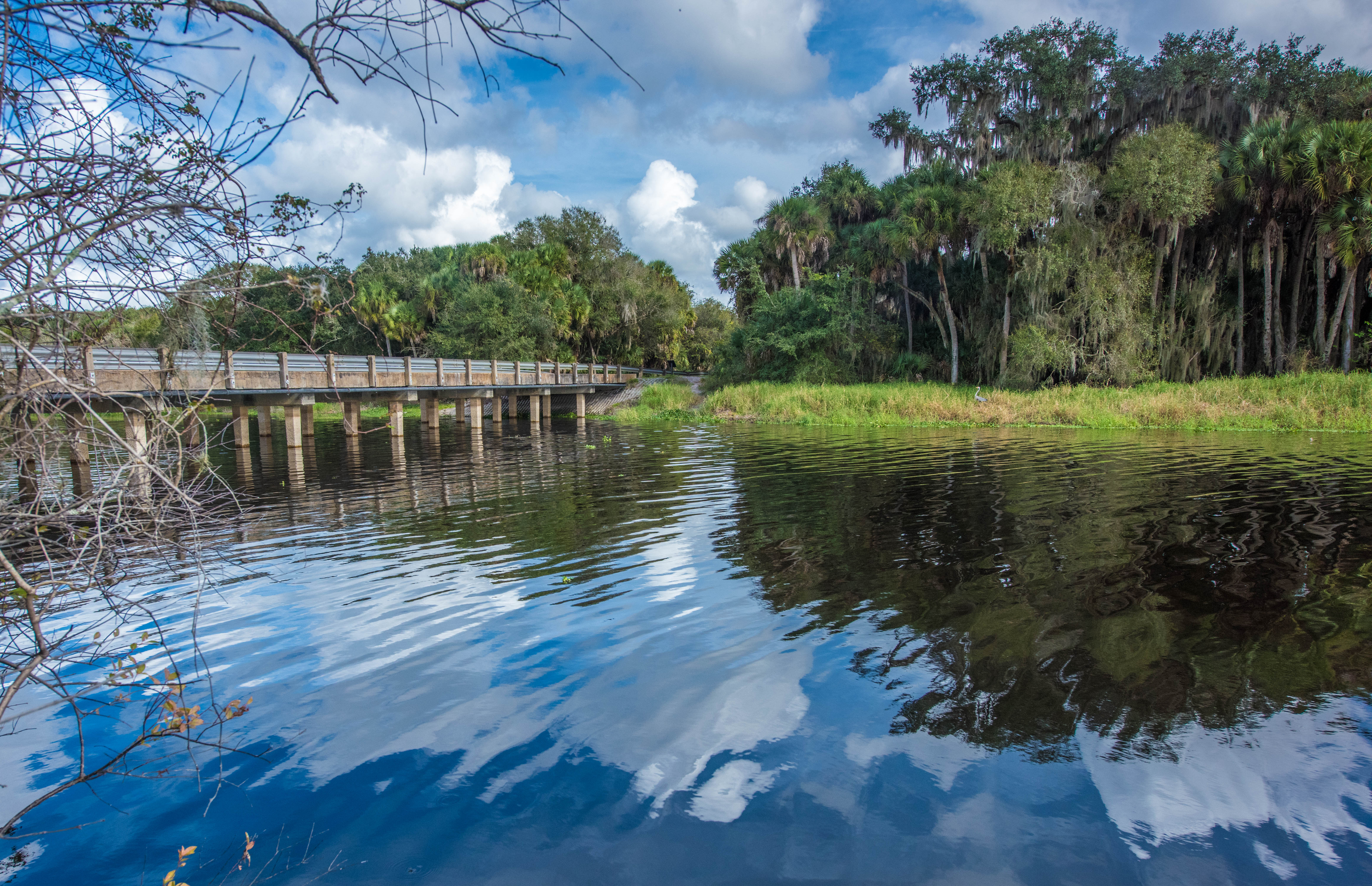