Our guide led us into an iconic American Factory and a Mecca for anyone who had ever picked up and played a Fender guitar.

Jimi Hendrix and Eric Clapton played Fender’s most famous model, the Stratocaster.
So did  Buddy Guy and Buddy Holly.

The first Stratocaster was crafted from a block of wood the by Leo Fender in 1954. But, unlike cars, fashion and presidents—the Stratocaster became a symbol of America that never changed its shape, look or tone.

The “strats” slinky curves meshed perfectly with the human body–making it more comfortable to play than its competitor, the Gibson Les Paul.

What’s more, Leo had included a five-way switch that offered a spectrum of clean and distorted vibrations. With this switchand an overdriven tube amplifier, no two players struck like-sounding tones. In the hands of
John Lennon, the guitar made the jangly chords of “Nowhere Man”. Under the fingers of David Gilmore, the stratocaster created the glassy runs of “Comfortably Numb”. In the teeth of Jimi Hedrix’–the ax imitated a dive bombing fighter plane Star Spangled Banner.

Guitar heroes like Slash will tell you the Les Paul heft results in the longest sustaining notes. But anyone who runs about a concert stage for three encores much prefers the comfort and versatility of the strat.

Fender’s familiar silloette sings out “Rock and Roll” in its every uptake from Stevie Ray Vaughn to Pete Townshend to Dick Dale to John Mayer.

Up until recently,  tours were given to Fender fans who reserved a

“Here at Fender guitars, most of the processes used to make the guitars have not changed in five decades” 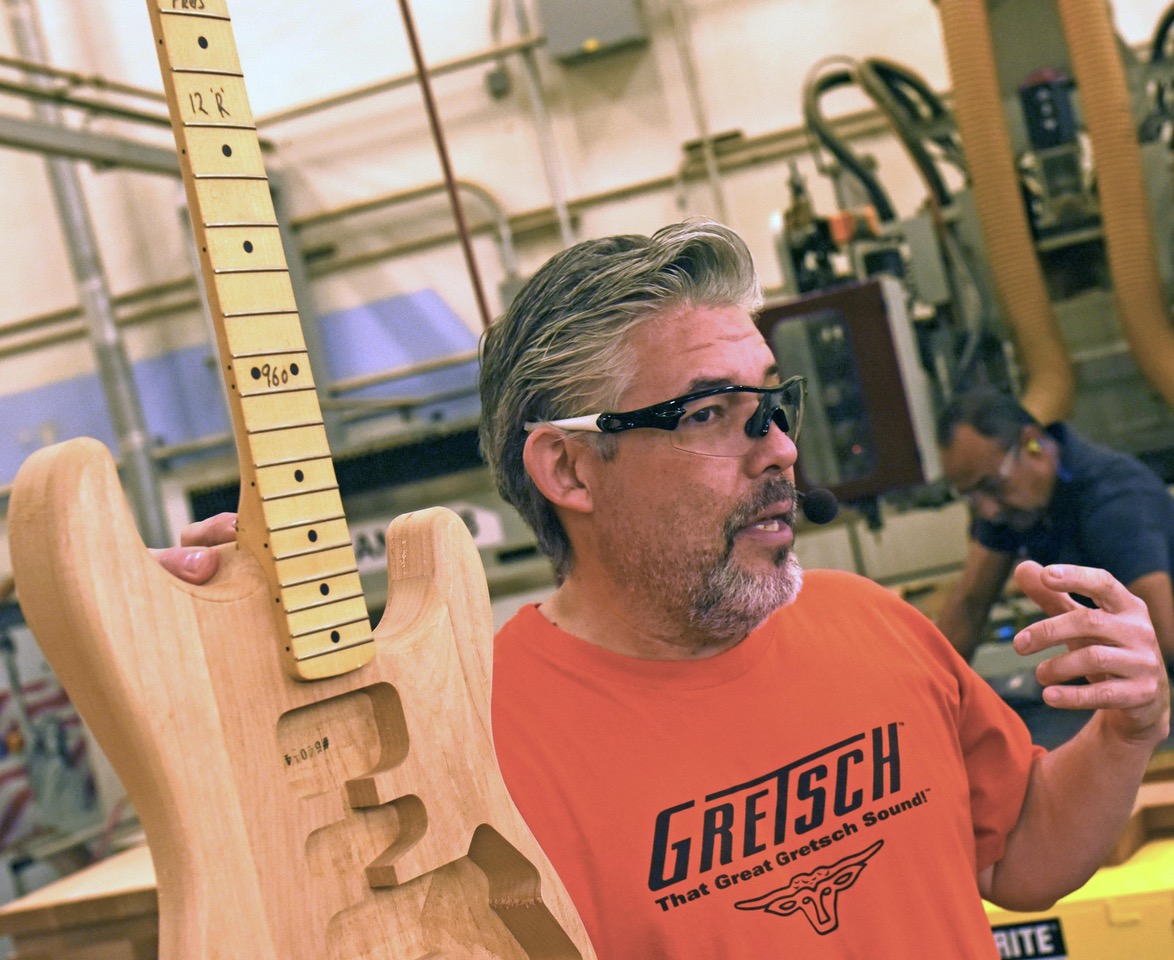 “It still takes human hands and crafts people garage and require at every stage of production: choosing wood, routing holes, winding electronic pick-ups to spray painting and polishing each instrument to perfection.”

“Some  buyers prefer an antique look, complete with  cigarette burns! The Fender Custom Shop can precisely hammer off corners, chip the paint with a broken beer bottle or wear the pick guard down as if it were played on a hundred stop world-tour.” 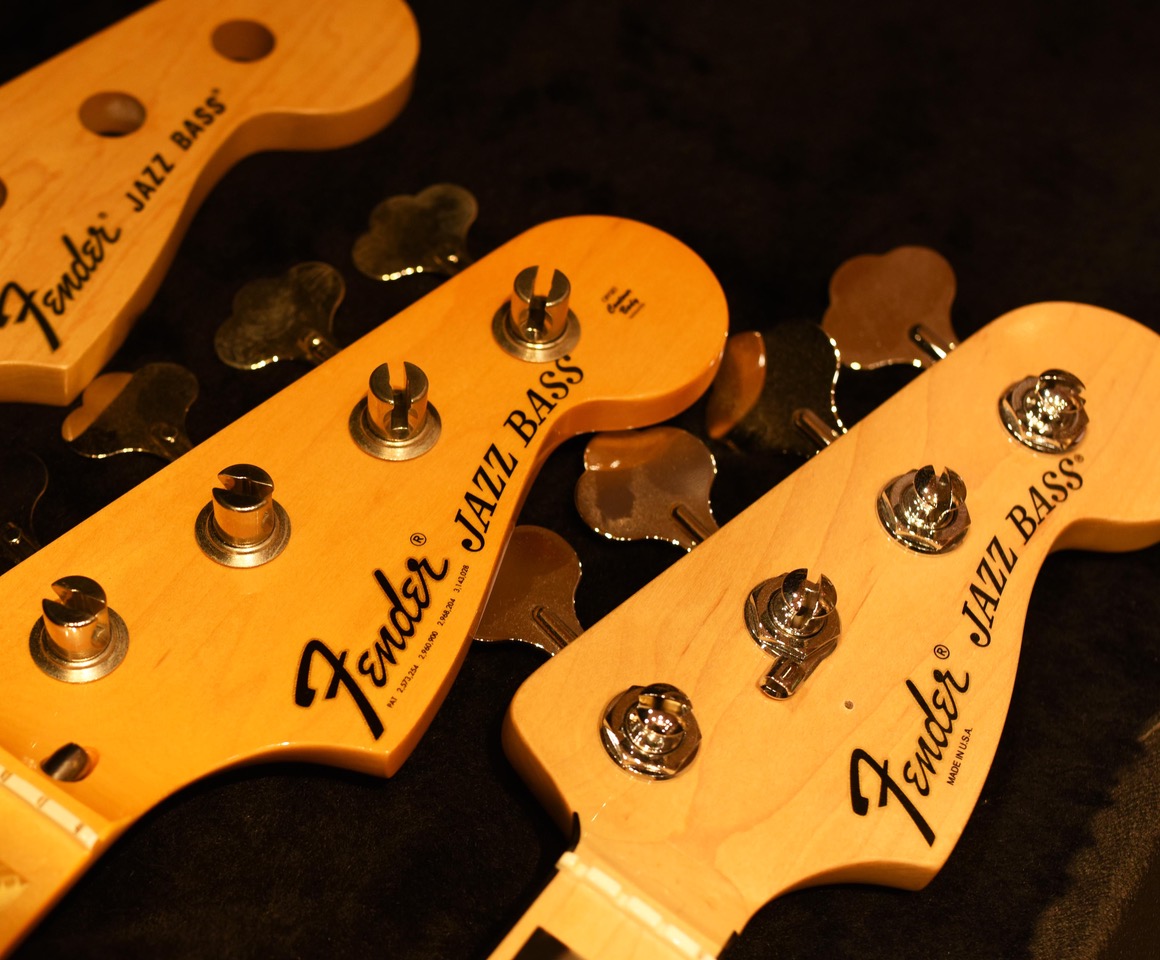 Less than a year after I took the tour, I learned Fender/Gretches’ parent corporation had suspended tours for liability reasons.
Somewhere a guitar gently weeps. 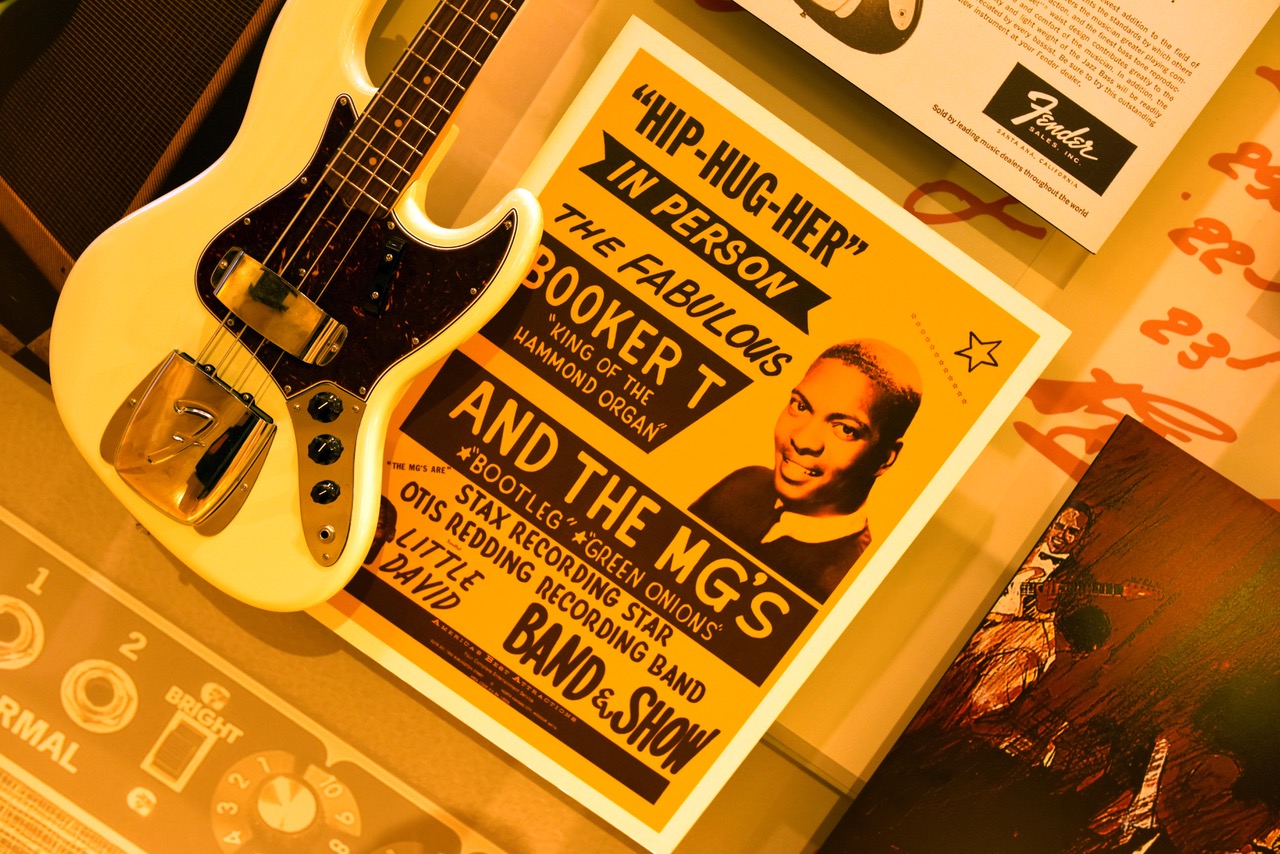 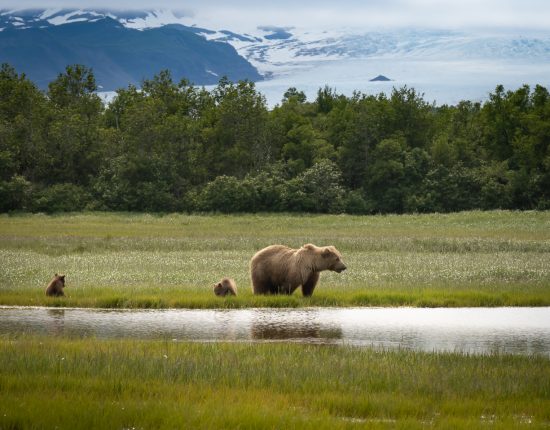 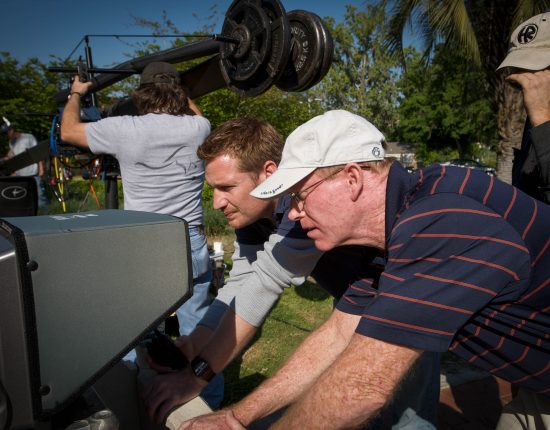