Within the next hour, Grizzly Bear 399’s life will be in dire peril. Her behavior is reckless. She is driven by a manic drive for food—calories she must consume before impending winter storms.  Her super senses bombard her with the smellsof nearby Elk, Moose, Fish, and Berries.

The world’s most famous Grizzly Bear, born 24 years ago in 1996, should already be dead.  Bears statistically live only 20 to 25 years. Moreover, 399 is a “roadside bear,” with the highest chance of being killed by a speeding car or being euthanized by park rangers after a “conflict” with visitors. So far, she has survived these possibilities, including being shot for sport when the state of Wyoming issued $600 bear hunting licenses in 2017.

This chilly morning, she is bounding along fragrant fresh cut lawns near the Jackson Lake campground—teaching her four cubs where to forage for grass, roots, ants and berries. Just 83 days ago, she gave birth to the four, making news around the globe. An amazing photo of her emerging from her den in a snow covered hillside of Pilgrim Creek was headlined, “Quad Mom Reappears!”  These new cubs were unique as bears usually give birth to two or three at most. They also represented the 21 through 24thtime that 399 is known to have gone through labor.

Now, as these cubs played at her feet and ate heartily–unbeknownst to sleeping campers.  399 was now just minutes away from likely meeting the fate of her cub, “Snowy” who was crushed under the wheels of a passing car.

A branch of Lodgepole Pine cracked loudly. The larger than human shape of 399 was spied.  The spotter nervously pressed the keys of a cell phone.

The nine foot tall bear and her troupe were now bounding down the forested slopes of Signal Mountain. The instinct for survival pointed them toward the plaintive bugling of a bull Elk in nearby Willow Flats.

399 was faced with a dilemma—where to traverse the Snake River and highway 26/89/191—a crossroads for humans drawn by the call of the natural world.

Her first choice was to wade Oxbow Bend’s wide shallows where the shoreline held schools of trout. She had fond memories of taking this route many times in winter, on her often 80 mile, three-day circumnavigations of the Jackson Hole valley. In winter, the roadway was safe–made impassable to humans by massive snowdrifts.

This September morning, however, the opposite shore was bustling with cars and RV’s while tourists and photographers appreciated the yellow leaves of the fall Aspen trees. Each hoped to capture a landscape or wildlife photograph.  I was one of them.

While my wife, Lise and good friends, Linda and Keddy Bostic scanned  the shores of the Snake River with a pair of binoculars,  Grizzly Bear 399’s acute senses detected Bald Eagles, Trumpeter Swans, a family of Moose and more.

But her sense of smell honed in on the Elk.  A giant buck with a harem of a half dozen cows.

With over two decades of experience, navigating the park, 399 chose a safer crossing—one half mile up the Snake River. Here, the water was faster, deeper and tougher to ford, but the river narrower so her cubs would be less exposed. Dense tufts of fog billowed from the Jackson Dam’ waterfall and hung over the roiling waters.399 and her cubs bolted for the river.

In 2017, The governor of Wyoming removed Grizzly Bears from the Endangered Species List within Grand Teton and Yellowstone National Parks, and for two bloody weeks, a slaughter ensued.

At this moment, a row of long grey aluminum barrels were now pointed directly at 399 and her cubs.  Thankfully, they were not high powered rifles, but telephoto lenses, including one on the camera of photographer, Thomas Manglesen. A three decade resident of Jackson Hole, Manglesen has dedicated his life to documenting 399’s adventures.

On CBS Televisions, 60-minutes, Anderson Cooper asked Manglesen how much of his life he has waited in the field with his camera, to get photos of 399.  “A stupid amount” he humbly replied.

More than an expert lensman, Manglesen is a wily thorn in the side of those who want to shoot bears for sport. His photos and protests helped abort the 2017 bear hunt. During a passionate 2017 Ted Talk, he told the audience, “Bears are not statistics to be managed. They are not trophies to be murdered and mounted on walls.  His voice quavered and he finished, “I believe they are problem-solving, emotional and sentient beings just as we are. I witnessed 399 pace the highway side for hours crying out for her killed cub.”

This day 399 and her cubs are lucky. They crossed the river and Manglesen captured their personalities and their struggles.  When 399 then marched her cubs across the highway, Manglesen, park rangers and concerned tourists slowed traffic, creating a “Bear Jam” of vehicles.  399 slipped safely into Willow Flats and disappeared.

I was now driving a rental car toward Willow Flats while scanning the horizon for Elk and Bear.

“Look behind that truck, that’s Thomas Mangelsen!” I exclaimed.  Like thousands of other tourists, I was drawn to this place by this one man’s photography.

“I think you are right,” said my wife, “I recognize him from the online photography course you took.”

Manglesen stood with his camera still in hand. He had a big smile on his face, so I approached him and announced myself as a student of his master class and owner of his book, The Bears of Pilgrim Creek.

His big smile was explained when he told the story that only a few minutes ago, he had the third best day in 83 days this season of waiting for 399. He showed me a few shots from the back of his camera.

“You just missed 399 by ten minutes. She crossed below the dam.  I was lucky to have stopped at the campground for a breakfast sandwich when I got the call. She went north through the willows.  I think she may be headed for Pilgrim Creek.

“Yes,” he replied, “It’s a miracle that she is still alive.” 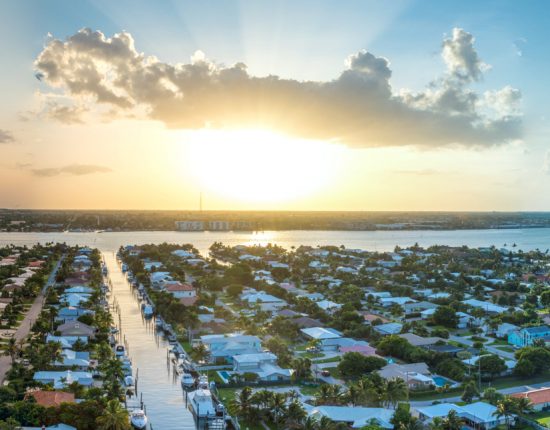 Soaring over the Palm Beaches